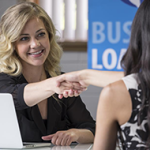 The latest annual nation budget presented in Parliament proposed the dividends tax rate to be increased with almost immediate effect from 15% to 20%. The increased rate brings into renewed focus what anti-avoidance measures exist in the Income Tax Act[1] that seeks to ensure that the dividends tax is not avoided.

Treasury has for long been aware of the use of interest free loans to shareholders (or “connected persons”)[3] as a means first to avoid the erstwhile STC, and now the dividends tax. There exists anti-avoidance legislation; in place exactly to ensure that shareholders do not extract a company’s resources in the guise of something else (such as an interest free loan account) without incurring some tax cost as a result.

Section 64E(4) of the Income Tax Act provides that any loan provided by a company to a non-company tax resident that is:

“… will be deemed to have paid a dividend if that debt arises by virtue of any share held in that company by a person contemplated in subparagraph (i).” (own emphasis)

It is important to also appreciate that the interest free loan capital is not subject to tax, but which would also have amounted to a once-off tax only. By taxing the interest component not charged, the very real possibility exists for the deemed dividend to arise annually, and for as long as the loan remains in place on an interest free basis.

[3] Defined in section 1 of the Income Tax Act