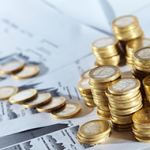 Where a resolutive condition becomes operational, and a historic sale cancelled, this may give rise to practical problems for the seller from a CGT perspective. A CGT cost may already have been suffered in a previous year of assessment in relation to the asset disposed of. Now that the sale is cancelled, a taxpayer cannot revisit previous returns already submitted. The Income Tax Act only makes provision for a capital loss to be created in those instances,[2] but which in and of itself does not necessarily carry any value. Consider for example where future capital gains will not be realised again by the taxpayer and against which it can set-off the loss now created. It is possible therefore for a person to pay CGT on a transaction that was cancelled subsequently.

Such a scenario recently played itself out in the Supreme Court of Appeal judgment in New Adventure Shelf 122 (Pty) Ltd v CSARS.[3] There the taxpayer had sold a property near Stilbaai in September 2006 and declared a capital gain of R9,746,875 to SARS. On this amount, a CGT cost of R1,413,007 arose. Due to financial problems on the side of the purchaser however, the agreement was cancelled in November 2011 and the property returned to the seller. The seller now sought to reopen its past assessments to correct the declaration of the capital gains declared that no longer could be said to have arisen for those years of assessment. SARS would not allow this, and the taxpayer unsuccessfully sought to initiate review proceedings against SARS in the High Court. On appeal to the Supreme Court of Appeal, the taxpayer was again unsuccessful.

The Court confirmed that tax was an annual event. “In summary, the cancellation of the sale did not entitle the appellant to have his tax liability for the 2007 year re-assessed.” And elsewhere the Court reminded again that “… even if in certain instances it may seem ‘unfair’ for a taxpayer to pay a tax which is payable under a statutory obligation to do so, there is nothing unjust about it. Payment of tax is what the law prescribes, and tax laws are not always regarded as ‘fair’. The tax statute must be applied even if in certain circumstances a taxpayer may feel aggrieved at the outcome.”

[2] Paragraph 3 and 4 of the Eighth Schedule