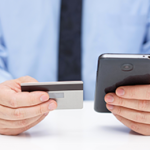 As globalisation becomes an increasing commercial factor, a great many of our clients also find themselves branching out their operations and activities beyond the borders of South Africa, primarily into Southern Africa but often also beyond. Funding such initiatives may be a complex exercise, not only to decide on whether to finance the expansion through debt or equity financing (and actually obtaining such sources of funding), but also to get the necessary exchange control approvals in place to be authorised to enter into such offshore funding initiatives.

To apply for the requisite approvals clients should approach their relevant banks which would typically be authorised to act as an authorised dealer of the Reserve Bank. This implies that the bank itself would be authorised to approve certain applications made to it for foreign direct investments, although some transactions may require applications to be put to the Reserve Bank directly. Approvals will typically be conditional upon certain facts being illustrated by the applicant and it agreeing to observe certain requirements such as e.g. lodging financial statements annually, presenting regular progress reports to the bank, proving to satisfaction that arm’s length conditions are imposed, etc. Only once the necessary approvals are in place will entities be able to move funds to and from the Republic.

Exchange controls do not only affect South African residents, but also have a bearing on non-resident businesses expanding to South Africa. Debt funding into South Africa for example should be approved, even though it will initially lead to capital inflows into South Africa. The Reserve Bank would however want to specifically approve lending terms linked to inward debt funding initiatives to ensure that excessive amounts charged as interest do not leave the country. Similarly, equity investments into South Africa are also affected and South African subsidiaries of international corporate groups are required to have their share certificates issued endorsed “non-resident” by an authorised dealer. To the extent that non-resident companies engage in a level of activities in South Africa such that requires them to register as external companies, they should be aware thereof that external companies (to the extent that they represent a branch in South Africa) are considered to be a separate exchange control resident, despite the fact that the rest of the company may be operating outside of South Africa. The implication is that these South African branches too cannot introduce and remit cash offshore without prior approval either.

Acting in breach of exchange controls is not only illegal, but also a criminal offence.