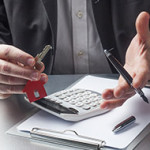 Property buyers relied on these certificates as proof that all previous debt on the property have been fully settled and that transfer of the property to the buyer could proceed.

However, in some cases rates clearance certificates are issued while all charges for the period before the transfer date of a property to a new owner are not yet allocated to the municipal accounts of the previous owners. The question then is: can the new owner of the property be held liable for these historic debts incurred before it became owner of the property?

In a court case between a municipality and a ratepayer in May 2013, the judgement made by the court was incorrectly interpreted by municipalities. Based on their interpretation, municipalities held new property owners liable for municipal debt incurred by previous owners and refused to issue rates clearance certificates until all such debt were paid.

In addition, municipal services to a property would be cut off and municipalities would refuse to reconnect such services until all debt were fully settled. Buyers who wanted to take transfer of the property had no choice but to settle debt for services not consumed by themselves.

A subsequent court case issued judgement on 8 September 2014, stating that the municipalities’ interpretation of the previous judgement was wrong. The following principles were laid down:

The second judgement referred to above was the subject of an appeal to the Supreme Court of Appeal (City of Tshwane Metropolitan Municipality v PJ Mitchell (38/2015) [2016] ZASCA 1). The appeal was successful, with obvious serious consequences for property owners.

As a result of the successful appeal, new home owners can in law be liable for municipal debts of their predecessors in title. Consequently, it would now be up to property owners themselves to recover these amounts from previous owners, and no longer the duty of the municipality seeking to recover its debts to do so. The obligation for ensuring that no outstanding municipal debts exist upon transfer has therefore now shifted definitively to property buyers, and away from municipalities in issuing rates clearance certificates (which is different from the position prior to the successful appeal a few months ago).

This is an arduous task, and one which property buyers should take very seriously when purchasing a property to ensure that no unpleasant surprises materialise in the months (or even years) following the transfer of the property in the deeds office to their name.

This article is a general information sheet and should not be used or relied upon as professional advice. No liability can be accepted for any errors or omissions nor for any loss or damage arising from reliance upon any information herein. Always contact your financial adviser for specific and detailed advice. Errors and omissions excepted (E&OE)